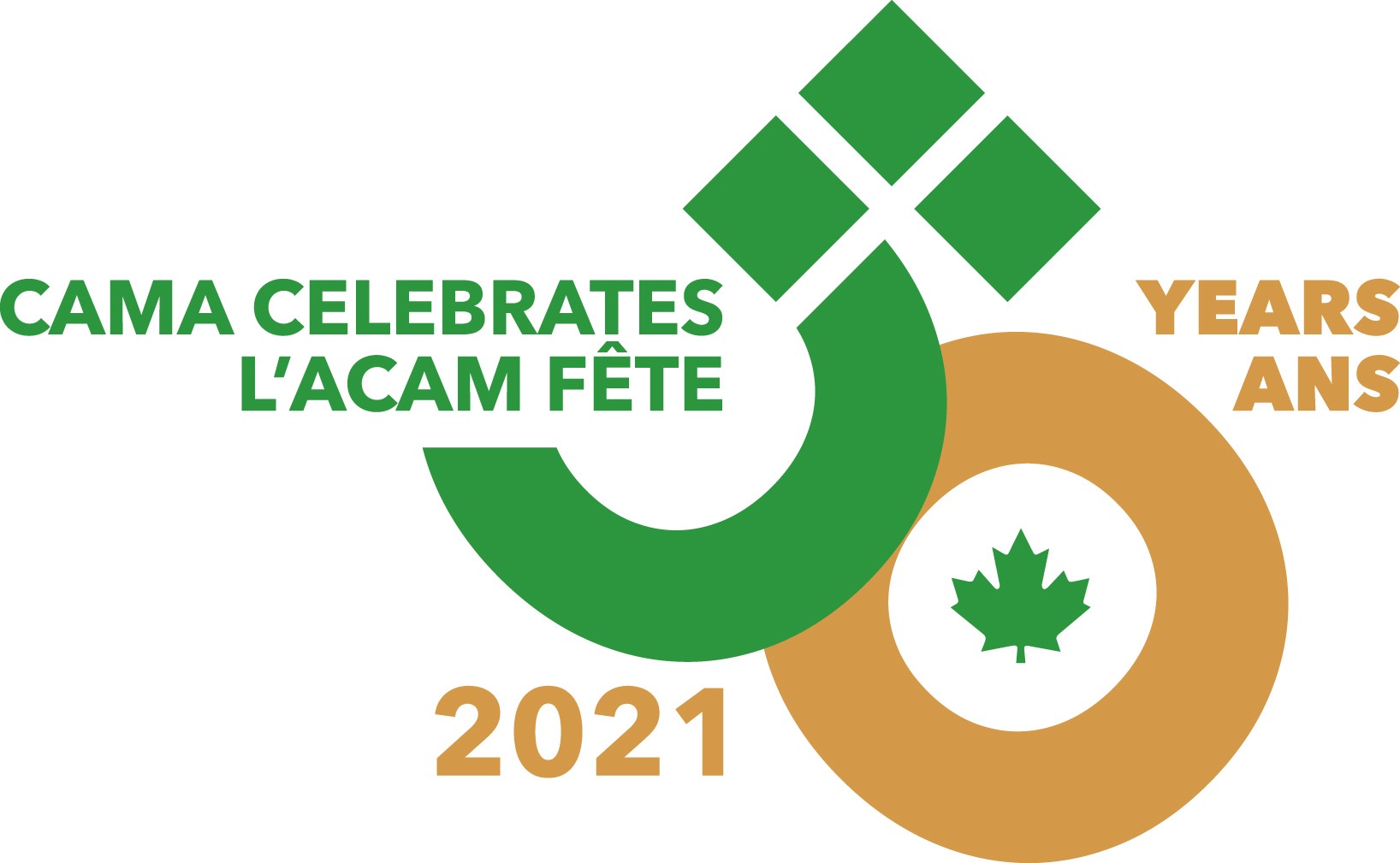 50th Anniversary of the Canadian Association of Municipal Administrators

CAMA was founded in 1971 and emerged from the participation of senior municipal managers attending the Federation of Canadian Municipalities (FCM) Annual Conference.  Over the past five decades, CAMA has grown to an Association of over 650 senior municipal leaders across Canada dedicated to achieving excellence in local government and also establishing a much needed network nationally.  2021 marks the golden year of our Association.

Watch for our storyboard outlining CAMA’s 50th Anniversary Celebrations based on the following five decades including social media, interactive components and our history.

One of the benefits of CAMA membership is learning from colleagues across the country.  As part of the CAMA50 Project, we generated a list of 50 Questions for the 2021-2022  Board of Directors to consider.  Questions were randomly assigned to each Board member.  To read the entire document click here.

If you would like to read each Board's members responses they are outlined separately below:

For over 17 years, Jennifer Goodine has been at the centre of the Association.  One of the first people to jump on board when CAMA moved from Ottawa, ON to Fredericton, NB in 2005, Jennifer started as a volunteer and is now the full-time Executive Director.   As part of the #CAMA50 Project, and celebrating the 50th Anniversary of the Association, we wanted to take a look back with Jennifer, and get her perspective on her municipal career and how CAMA has grown and prospered over the years.   Find out  what she had to say here.

50 years in the making – 5 decades of innovation, changes, and ideas.  Help us complete a timeline with photographs from the last fifty years.  We are also looking for retired CAMA members who would be willing to share their experiences of municipal governance during the early years of the CAMA.