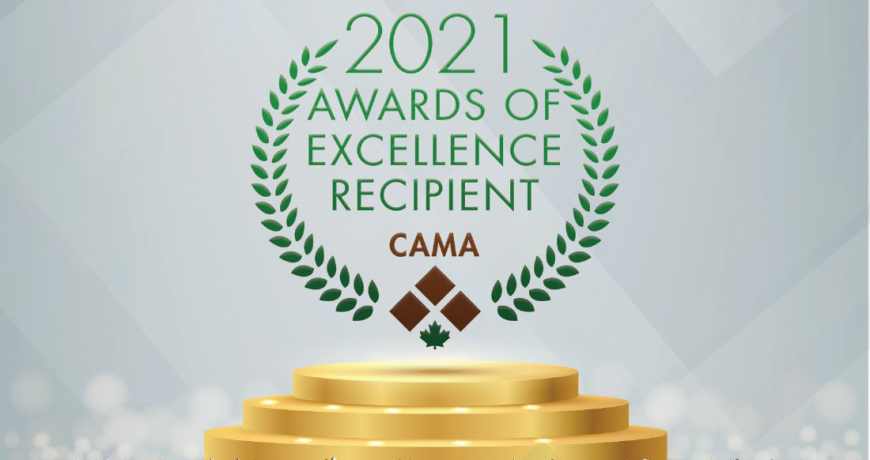 Fredericton, NB (May 11, 2021) – Eight Canadian municipalities have won national awards of excellence from the Canadian Association of Municipal Administrators (CAMA).  The awards were presented in the areas of innovation, environment and professional development during a virtual Awards of Excellence Ceremony.

“On behalf of the CAMA board of directors, I am pleased to recognize the excellence being showcased by municipal government in the areas of innovation, environment and professional development,” said Jake Rudolph, outgoing president of CAMA and Chief Administrative Officer for the City of Nanaimo, BC.  “It is exciting to see this kind of leadership taking place across Canada at the local government level.”

“There were 35 submissions from across the country entered in to this year’s CAMA Awards of Excellence program,” said Marc Melanson, Chair for the 2021 CAMA Awards Jury, CAMA representative for New Brunswick and City Manager for the City of Dieppe, NB. “The scope of projects, from municipalities both large and small, was impressive and I extend my congratulation to the winners, as well as those who took the time to enter a submission.”

To find out more about each award, and to see a video about each winning project, visit www.camacam.ca/awards and look for the award recipients link.