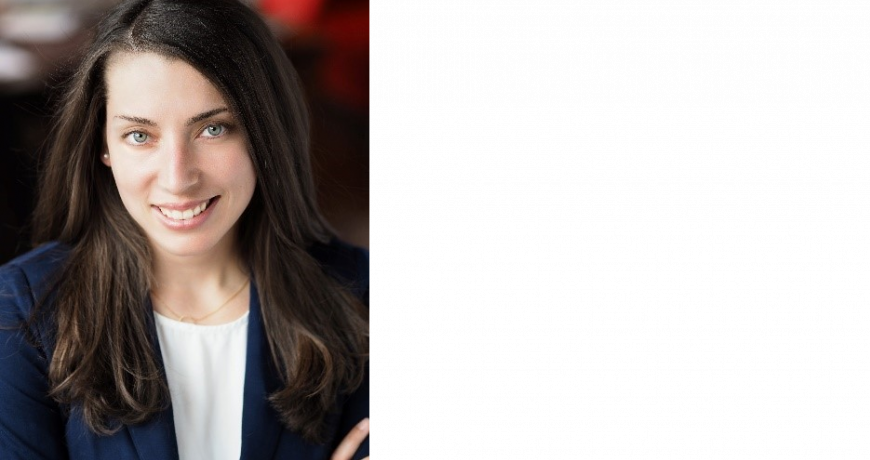 Fredericton, NB (May 31, 2022) – Raffaelle Di Stasio, City Manager for the Town of Montreal West, QC has joined the Board of Directors for the Canadian Association of Municipal Administrators (CAMA). She was acclaimed as the CAMA representative for Québec during the association’s annual general meeting held virtually on May 31, 2022.

Di Stasio became a lawyer in 2011 after completing her legal internship at the Town Clerk and Urban Planning Office of the City of Amqui, QC.  She then became Director General of the municipalities of Sainte-Florence in 2012, Saint-Patrice-de-Sherrington in 2014 and the Town of Montreal West in 2017.  The demographic size of the towns she managed vary from 400 to 6,000 citizens.

She also has expertise in governance and volunteer work, following various experiences being involved in her community over the years. She was recently elected President of the Board of Directors of the Société pour l'Action, l'Éducation et la Sensibilisation Environnementale de Montréal (SAESEM), a non-profit organization whose mission is to implement structuring and innovative environmental projects aimed at protecting the environment and improving the quality of life of Montrealers.

Since 2018, she has been an active member of Concertation Montréal's Young Women Leaders Network, which aims to be a network of mutual support and exchange with the objectives of creating a community of practice, fostering the development of its members and encouraging the participation of women in governance.

In 2020, Di Stasio was elected vice-president of the Association des Directeurs Généraux Municipaux du Québec (ADGMQ).  She has been actively involved in the creation of a three-part web series produced by the ADGMQ on the profession of municipal general manager.

“In my opinion, the sharing of knowledge and best practices among municipal administrators is essential in improving the quality of municipal governance,” said Di Stasio.  “I look forward to actively contributing to the enhancement of the profession and offering CAMA a perspective from the Québec members and serving all CAMA members across Canada.”